All Collections
How It Works
Reports
Tracking Calls Based On Salespeople

Tracking Calls Based On Salespeople

There are a few ways to track calls in our reporting section.

Written by Taylor Bradfield
Updated over a week ago

Want to accurately see how many calls your team has been making? There are a few ways to view this information - the video below explains how.

To look at calls made by an individual salesperson, you will first want to have the filter selected to only show that person 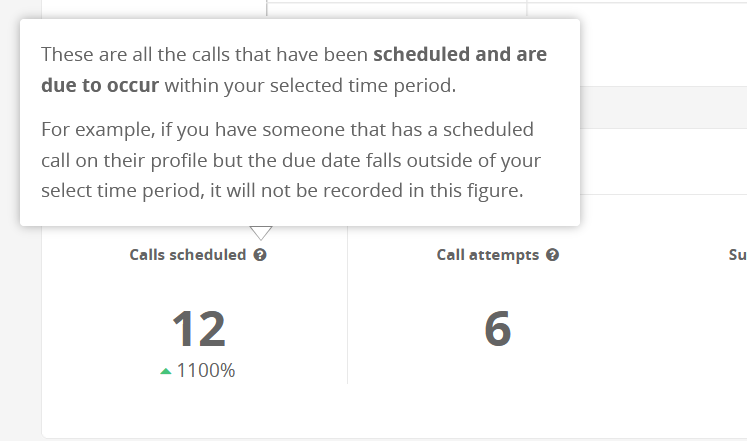 This figure shows the number of calls scheduled for a salesperson, regardless of who scheduled the call, or who made the call. If the lead is assigned to Sally, even if Rob scheduled the calls and marked them off, these scheduled calls still 'belong to Sally. 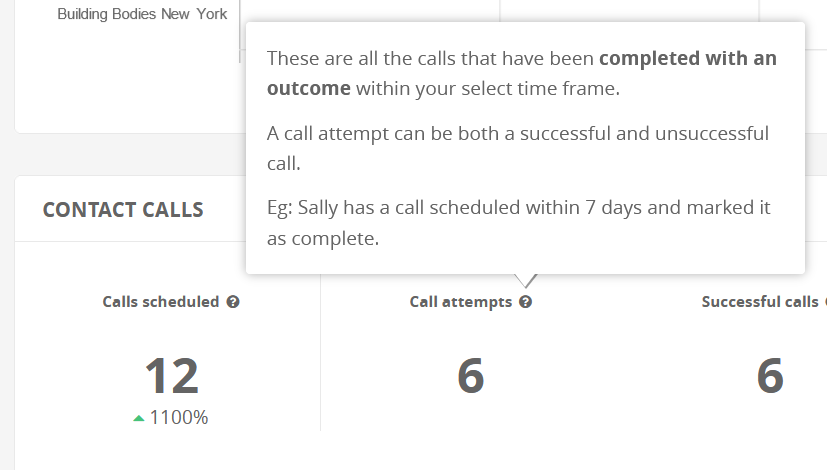 This number shows how many calls were actually made by a salesperson, regardless of whether that lead was assigned to another user. If all those leads and the calls scheduled for them are assigned to Rob, but Sally was the person who actually made them, this number will show that.

To view calls made by each user, make sure you have the filter set to 'Compare by > Users'

These graphs simply show how many calls are assigned to a user and whether they were made or not. It does not matter if those calls were completed by someone else, the calls still count towards the assigned salespersons total.

Did this answer your question?